A Gentle Man, A Life that Inspires

In memory of this big-hearted man, Daniel Souza (BA 1969) and John Tan (BDS 1988, PGDE 1991, MEd1993, PhD 2000), Riccians who knew Father Ribeiro for many decades, initiated the Fr Alvaro Ribeiro SJ Memorial Scholarship (羅百龍神父紀念獎學金). Over 50 contemporaries, friends and students of Father Ribeiro from Hong Kong, the US and the UK contributed more than $1.6M to make this Scholarship happen.

As English had always been Father Ribeiro's favourite subject, and he had taught and conducted research into it at different prestigious institutions including HKU, Oxford, Yale and Georgetown Universities, the Scholarship is offered to English-major students.

Since the Scholarship's inception in 2013, four outstanding students have received awards. Chloe Lam and Kitty Ma, awardees for 2013-14, have pursued postgraduate study at King's College in the UK and embarked on a teaching career respectively. Chloe also attained the highest GPA amongst all BA students at HKU last year.

This year's awardees are Jacqueline Leung, who is studying MA in English at University College London, and Helena Hu, who is applying for postgraduate study in twentieth-century English literature in Hong Kong, the UK and the US.

Let them be inspired and inspire others! 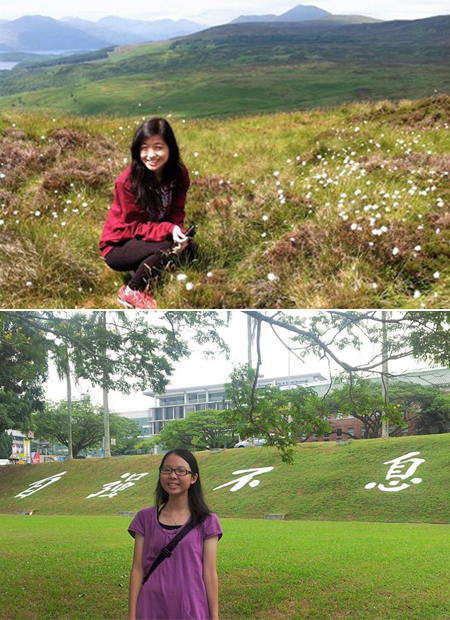 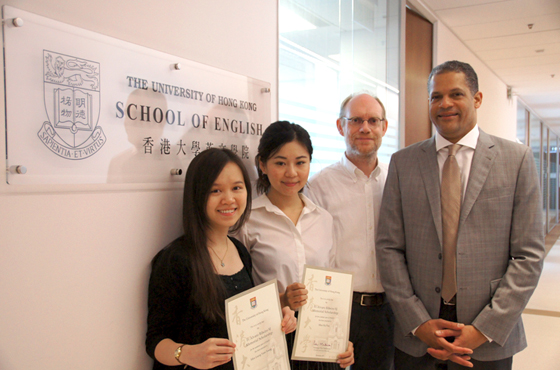 (from left) This year's awardees Jacqueline and Helena were presented the scholarship certificates by Dr Dirk Noël, Head of School of English, and Professor Derek Collins, Dean of Arts.